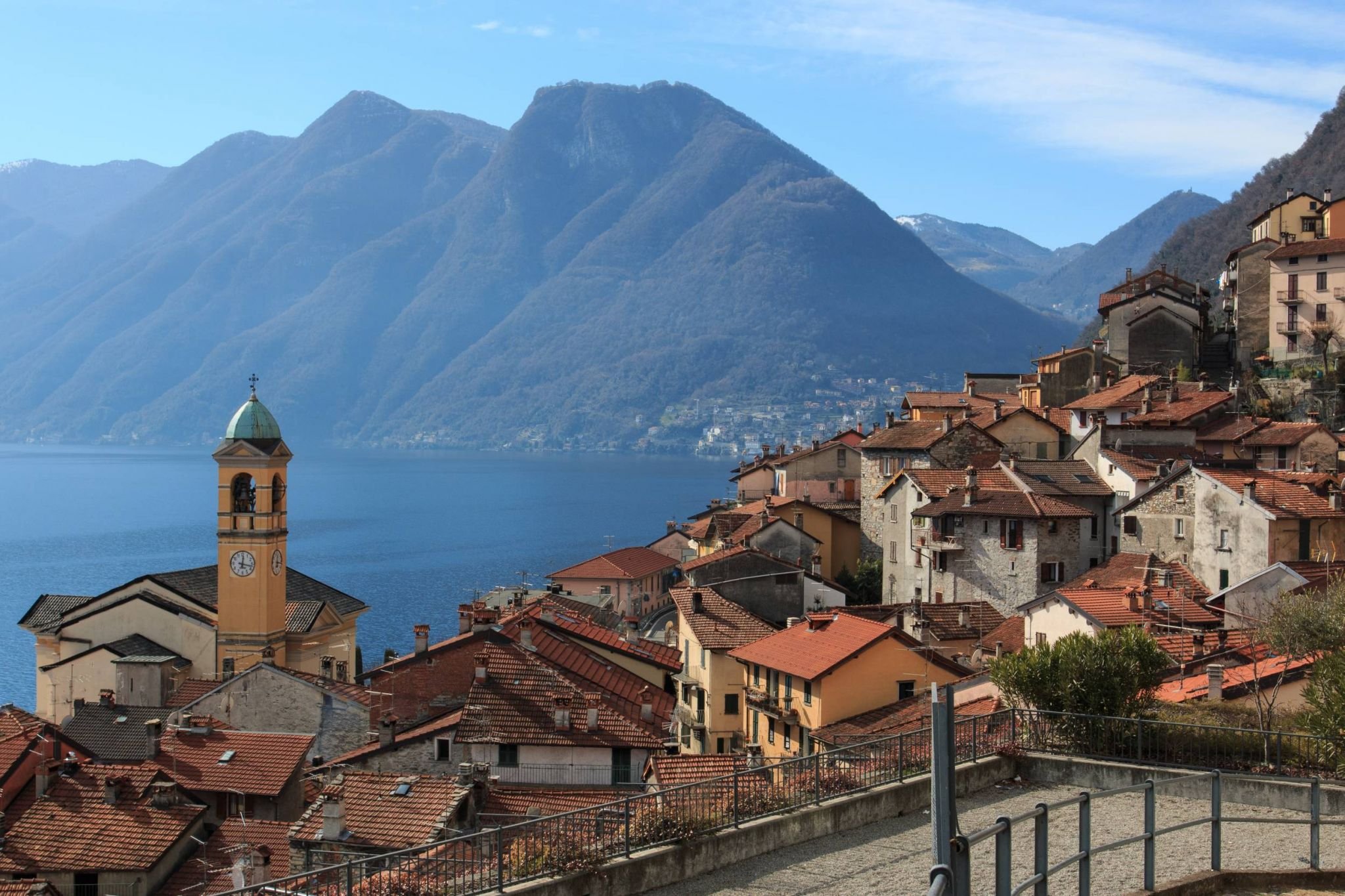 ON THE 'DORSALE' FROM BELLAGIO TO THE BOCCHETTA DI TERRABIOTTA

This itinerary follows part of the two day trekking route called “La Dorsale del Triangolo Lariano” that starts in Brunate and finishes in Bellagio. The walk described here below starts at Bellagio and follows “La Dorsale” in the opposite direction as far as Bocchetta di Terrabiotta (1,426 m), from where you can enjoy one of the best views of the Triangolo Lariano area.

ROUTE: From the centre of Bellagio walk for 1.5 km along the lake side road towards Como until you reach the village of Guggiate (also reachable by bus line C30), where the trail n° 1 begins.
From the square of the church S. Andrea (opposite the bus stop) take via Ciceri on the right of the scenic portal of Villa Ciceri. It leads through the village and then crosses the river Perlo (on your left: note the remains of a trout farm and old spinning mill).
Past the bridge, go up a flight of steps which leads onto a paved road, turn left and continue uphill until you pass the landing area of the helicopter rescue and a farmhouse overlooking the pastures and the orchards of Cagnanica. The road ends and a trail begins that climbs up between low walls covered with ivy; at the end of the climb,turn left to wards Perlo (the deviation to the right takes you in 15 m in to the hamlet Vergonese). After about 200 m turn right and take the ascending trail that passes some houses,a farmhouse and, after a few curves, enters a thick chestnut wood. You then reach Begola, where there are two farmhouses which stand in a clearing.
The path now widens into a cart track that climbs up gently between meadows and woods passing the park of Villa Mariani to arrive at Brogno.
From here follow trail sign 1 as you head to the right along a cart track that ascends in the direction of Rovenza. At the end of the climb you emerge into a clearing with an unusual chapel, then continue straight on among clearings and terraced meadows all the way to the village of Rovenza.
Now take the paved road on the right that goes uphill and ends after about 2.5 km in the locality called Paum. You pass a gate and continue along the path that ascends through a beech wood until it comes out in the pastures of Alpe delle Ville. The trail, after crossing some meadows, arrives at a gate and onto a dirt road. Turn left and pass the building of the closed down Colonia Bonomelli (ex summer camp for children) and continue on the level track until you reach the paved road and the car park of Parco San Primo. Here you follow the paved road (trail sign n° 1) to the right that leads to Alpe del Borgo, among the fields that in winter compose the ski slope of the Forcella. Continue the ascent while keeping to the right side of the pasture, on the path that leads behind the farm house, then turn on to a cart track to the right that enters a beech wood. With in a few minute walk you will reach a saddle. From here take the path to the right that ascends the pastures along the crest of the mountain. At the end of the pasture, follow the track diagonally halfway up the slope to the saddle called Bocchetta di Terrabiotta (1,426 m).. Suggestion for the return: From the saddle and continuing on the Dorsale trail (trail sign n°1), you can walk along the Val di Torno and descend in 1h15 to Pian del Tivano where you can return by bus line C32 via Nesso to Como or to Bellagio (note that the bus Pian del Tivano – Nesso does not operate all year round). From the Bocchetta di Terrabiotta (trail sign n° 39) you can reach the top of Monte San Primo 1681 m in approx. 0.50 min. From the top you can descend to Alpe dei Picètt where Rifugio Martina stands, and from there to Alpe delle Ville. From here you return to Bellagio the same way you came.